Honeycutt is a protege of 2012 ARCA Racing Series national champion Chris Buscher. Buescher, the 2015 NASCAR XFINITY Series champion, currently drives for JTG/Daughterty Racing in the Monster Energy NASCAR Cup Series. He has one career win at Pocono in 2016. 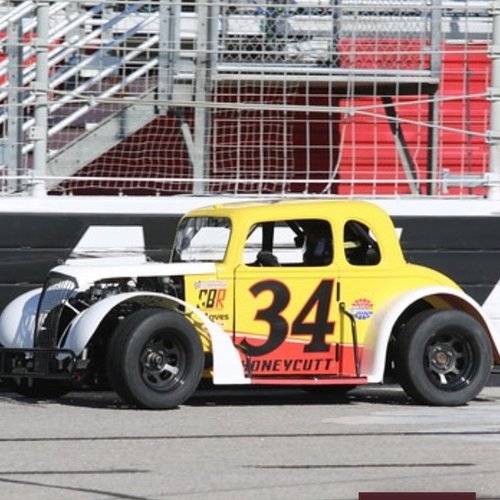 Honeycutt is following the same path that put Buescher on the national stage, starting in Legends cars before making the leap into full-bodied stock cars in the ARCA Racing Series.

"I've been racing since I was 8," Honeycutt said. "I've raced Legends cars all over the country. We've been out in Vegas, done the Summer Shootout at Charlotte, and raced with Ken Ragan's series in Atlanta.

"I've been working with the same people Chris worked with when he was coming up. It's almost like the same series of events that happened for him are happening for us. Chris has been a whole lot of help getting to this point. He's the one who said we needed to come race at Salem once we got rained out at Indianapolis."

The Kentuckiana Ford Dealers Fall Classic 200 is scheduled for Saturday, September 15 at Salem Speedway. Practice is set for 1 pm ET, with General Tire Pole Qualifying slated for 4 pm ET, the one-hour on-track driver autograph session is set for 5:45 pm ET, and the Kentuckiana Ford Dealers Fall Classic 200 will go green at 7:15 pm ET. The race will be televised live on MAVTV; ARCARacing.com will have live timing & scoring, track updates, and scanner audio throughout the day for registered users.