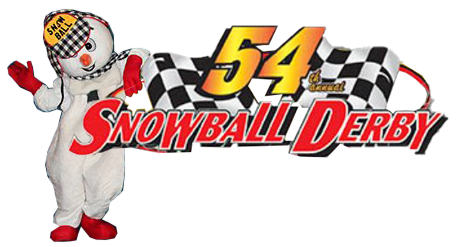 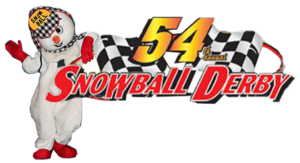 Kaden Honeycutt will team up with Ben Kennedy Racing to compete in the 54th Annual
Snowball Derby at Five Flags Speedway in Pensacola, Florida in December.

Honeycutt, who scored a top-five finish in last year's Derby driving for Donnie Wilson, has enjoyed a head-turner of a 2021 season competing in the prestigious CARS Late Model Tour, scoring two wins, one pole and 12 top-ten finishes in 13 races on his way to a runner-up finish in the championship standings and the Rookie of the Year award. He was the only driver to complete 100 percent of the laps in the 13 main events this season. In that series, he drove for Justin Johnson Racing, a top team in the greater Carolinas region.

The opportunity to race for another winning organization such as Ben Kennedy Racing is something that the 16-year-old Honeycutt was not about to turn down. "I am super excited to make my debut with Ben Kennedy Racing in the #96 super late model at the 54th Snowball Derby," he said with a smile. "The Snowball Derby is definitely on my bucket list to win because you are competing against the best super late model drivers in the country. I am truly humbled to have the opportunity to represent BKR on track, especially at a race I grew up watching and hold in such high esteem. I would like to thank all the people that are making this possible, including Greg Harper, Solid Rock Carriers, SOTEX Motorsports, Mark Zabransky, Race Face Brand Development, and all my fans for their support as well."

Ben Kennedy Racing is headed up by former racer and current NASCAR Senior Vice President Ben Kennedy. The team fields cars in the ARCA Menards Series in addition to the short track super late model division and has a technical alliance with NASCAR Camping World Truck Series powerhouse GMS Racing, a team that will compete in the Cup Series for the first time in 2022 as well.

Kennedy has been keeping an eye on Honeycutt's progress this season and is looking forward to seeing him behind the wheel of one of his team's cars. "We're very excited to have Kaden joining us for the Snowball Derby as BKR's second entry this year. He has proven that he is a talented driver on the track and an impressive person off the track. We can't wait to have another opportunity to get to victory lane with Kaden in December." General Manager Jimmy Kitchens echoed the sentiments of
the team's leader. "We have been watching Kaden's progress and success this year in the CARS Tour series. He brings great talent and a lot of knowledge to BKR. We are looking forward to having Kaden along with current BKR driver Daniel Dye compete for us in the 54th annual Snowball Derby in December. Both drivers have had a successful 2021 racing season and will work well together as we enter into the most prestigious super late model race of the season."

The 54th Annual Snowball Derby will be held on December 2-5 at Five Flags Speedway in Pensacola, Florida. The race will be streamed live via pay-per-view by Racing America, which is powered by Speed 51. Visit their site at www.speed51.com for information on how to watch the event. 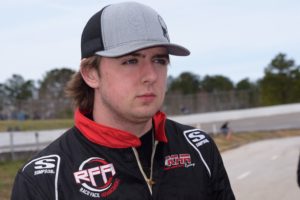 Race Face Brand Development is changing the way Motorsports Marketing and Promotions are done for drivers, teams, and corporate entities on and off the track. Our team has nearly 100 years of combined experience in driver coaching, media, & marketing.